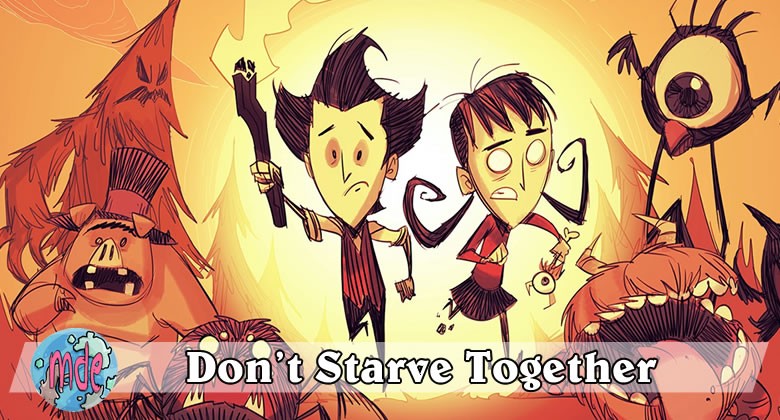 By JoeW, February 4 in [Don’t Starve Together] General Discussion 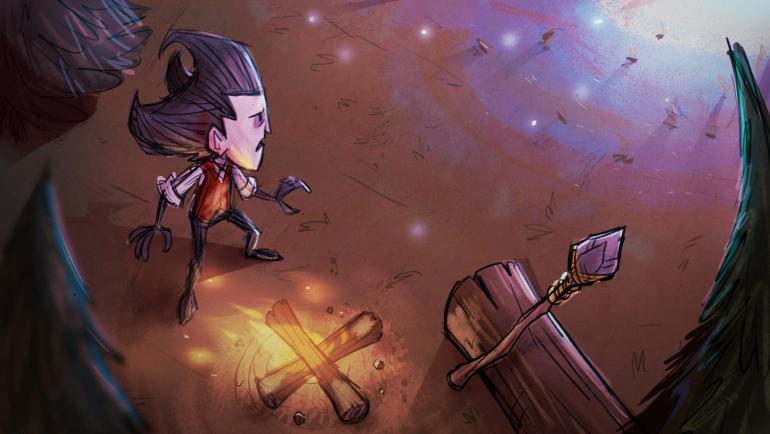 Hey everybody. I know many of you have been waiting for this so let’s get right to it.

NOTE: Please remember that the roadmap is provided to give the community a sense of what we are working on and what is driving our decisions and what we are focused on in the coming year. None of this is a promise or a guarantee. We always prioritize quality over deadlines and all dates and timelines are estimated to the best of our current ability. Many long-time fans will know that we often add new things to these plans which often shifts things around a bit, so it is recommended that you avoid scheduling your vacation plans around our dates.

This roadmap is subject to change at any time, but as we have done in the past, we will let you know if any of these plans change significantly.

As we began the year staring down the barrel of a global pandemic we set our sights on a roadmap that was more structured and potentially even more ambitious than years before. We set a goal of attempting to “have something being launched at least once a month”.  Despite moving the entire studio to work from home we managed to do that pretty much without missing a beat.

We released four substantial content updates, two character refreshes(and Wes), a new character, we introduced two QOL updates to the schedule, and of course our holiday events. The QOL updates turned out to be a pretty big hit. They let the team smooth out some rough edges and work on some things that fall outside of the normal content schedule. These updates also allow the team to split tasks allowing some of the team to begin working on the next big update sooner allowing more time to be spent on them before release.

Console support has been in relative lockstep with PC releases other than the odd hiccups here and there inherent to console certification.

All of this while also putting out some super cool shorts that just keep getting better and better in my opinion.

We don’t like to brag, but we kind of nailed it. 2020 was definitely the strongest year for DST ever, and we’re looking forward to keeping that momentum going.

That being said – We do think there are some things that need some more love, and we’re going to be incorporating these things in the upcoming content schedule. More on that later.

We’re sticking with it. A great benefit to how well last year went is that now that we’ve got some experience with this doing things this way, we can really hit the ground running for 2021 and we have a much clearer schedule than we probably have ever had. So, what you are going to see now is probably the most information we have ever put out for a roadmap.

Once again we are aiming to have something interesting for you every month and we’ll also be doing more Streaming drops and Klei Rewards as well.

We’re taking additional steps to improve the quality of life for players throughout the regular updates as well. We have noticed some things that can be done to help a lot of players in different ways and we have a few changes we would like to try. From main menu changes to new world generation options, we’ve also been experimenting with ways to help new players to familiarize themselves with the game.

One of the newer things coming up we think many of you will be pretty interested in. We’ll get into more details at a later date, but for now, you can check out this work-in-progress image from the QOL update coming in March and speculate away. 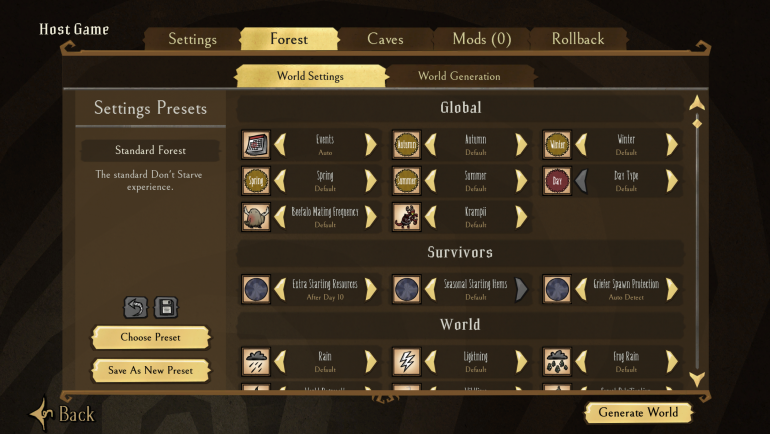 (This uses some placeholder text and is all subject to change)

This isn’t directly related to Don’t Starve Together, but we thought it would be a good time to mention that we are taking a look at the Original Don’t Starve ports. We’re collecting feedback and will be working with our porting partners to address lingering issues that have been hanging around on various platforms.

One issue we find is a lot of players tend to accept these issues as “known”, and we don’t necessarily always know specifically what kind of issues need to be prioritized because they might not be getting represented in such a way that we fully see them. So if you have specific issues you are frustrated about and feel need to be resolved, now is a good idea to make sure we know about it. We’ll be making posts in the appropriate forums as we shift focus to each port.

We will not likely ever get to a place where Don’t Starve and the DLC have zero bugs but we would like to get the Don’t Starve ports in a better place. This isn’t going to happen overnight as we need to organize and we can’t do everything all at once, but we thought it was worth mentioning that this is something we are working on.

Another roadmap down. I do have one last thing to share though. This is a work in progress image of something we have coming in a future update likely to hit beta in April. 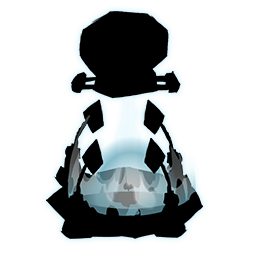 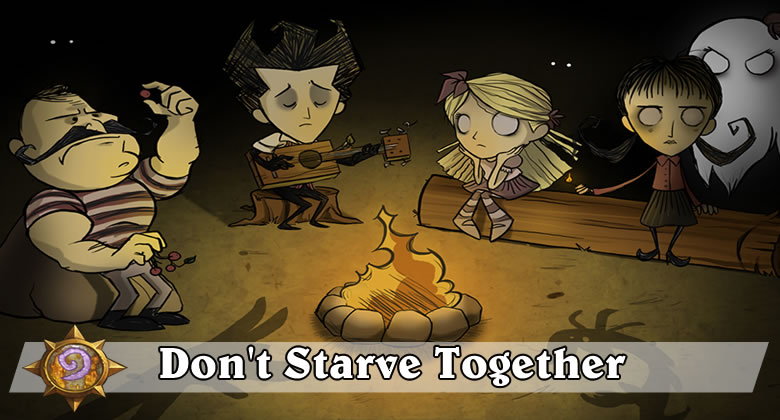